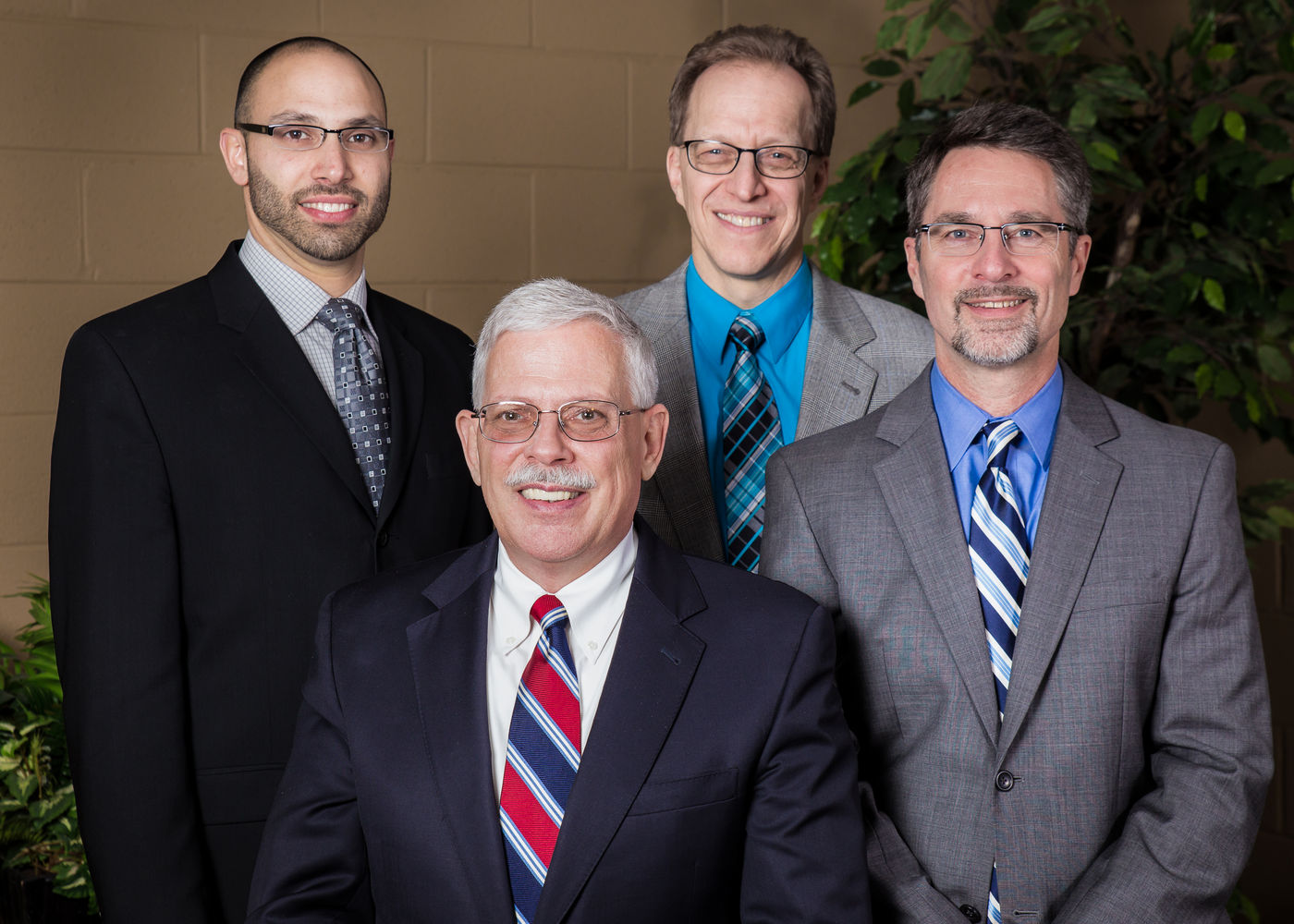 Jeff Smith, Chairman (left center)
Pastor Smith has been an elder at TBC since 1990 and a member of the church since 1980. His responsibilities include pastoral counseling & oversight and teaching and preaching.

David Chanski (right)
When he graduated from Trinity Ministerial Academy, Pastor David Chanski moved from the northern New Jersey area. Since 1989, he has served the Lord as Pastor of the Providence Reformed Baptist Church in Minneapolis, Minnesota. Now, nearly 20 years after his departure, Pastor Chanski, with his wife and two of his children, has returned to Trinity Baptist Church to serve as one of our elders.

Bart Carlson (right center)
Pastor Carlson graduated from Trinity Ministerial Academy in 1992. After a brief time assisting churches in the Philippines he became an elder at Trinity Baptist Church in 1995 and since then has served the church in full-time preaching, teaching and pastoral duties.

Shehzad Khan (left)
Pastor Khan became an elder at Trinity in 2013. He has received degrees in engineering and management and is currently working full-time for a local energy company. Shehzad married his wife Sarah in 2004, and they have been blessed with four boys. His primary focus is in pastoral counseling. 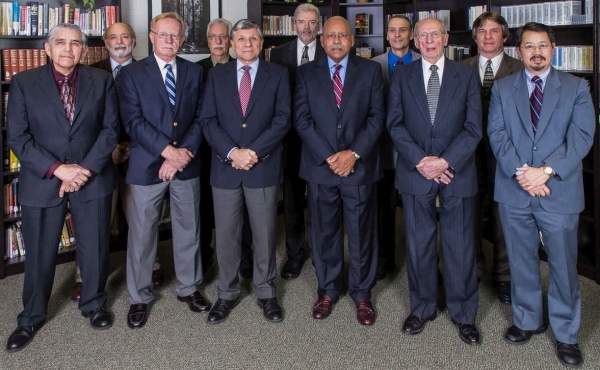 Jerry Driesse, Chairman (3rd from left)
Mr. Driesse joined TBC with his wife in 1977, and has served as a deacon since 1994. Mr. Driesse gives oversight to the deacons and manages diaconal labors at the direction of the Elders.